Don’t be a Bonk

Bonk grinned, “I call it a ‘wheel.” Then he rolled the big rock over the other caveman’s foot by mistake.

“Ow, ow, ow!” Grog cried, jumping up and down. When the pain receded, he looked at the rock with interest. “Hey, can I buy that off you?”

Bonk blinked. He hadn’t considered selling it. He looked down at the wheel, and then back at Grog. “Well, I guess…”

“Awesome, Grog said. He whipped out a leaf and scribbled on it with a bit of coal (they’d just discovered fire the day before – Groml, the first attorney, was still fighting for the copyright).

Then Grog gave the leaf to Bonk.

Bonk frowned at it. “What’s this?”

“Yep. A check is a negotiable instrument backed by funds deposited in my bank account.”

“Bank account?” This was over Bonk’s head. Did it have something to do with the nearby riverbank? He trusted the river. After thirst had been invented a month previously, the river had proven to be a trusted, reliable source that should stay clean, at least until the time BP Amoco was invented. He scratched under his arm, releasing a foul stench, and he thought maybe he might invent bathing sometime in the near future.

“Yeah. Look, it won’t bounce.” Grog dropped the leaf on the ground. Sure enough, it didn’t bounce. “See, it’s good. I’ll just take my new wheel now.”
Grog took the wheel, and carefully rolled it down the road, which had just been invented the previous Tuesday. Tuesday itself had been invented several days before.

As Grog disappeared around the corner with the wheel which he planned to sell to Henry Ford, Bonk looked at the scribbled marks on the leaf, wondering just how to get money out of it. After a moment, he sighed, and clutching the very first check in a hirsute hand, strolled over to the riverbank. He stood by the clean, fresh, stream (pollution had not been invented yet, nor the lobbyists who protected the right to pollute). After a moment’s reflection, he dropped the check onto the river’s bank. As the check hit the sand, a gust of wind caught it and it quickly bounced out of sight.

He drew no comfort from realizing he discovered the first NSF, and could only think how his invention was now in someone else’s hands.
…
As you can see, man has always attempted to scam other men, with women sometimes joining the fray. Scam and bad check artists thrive when business is going well, and they are just as numerous, but even more lethal during a down economy when losses cut so much deeper.

To help prevent losses, consider using a check guaranty company. Usually you can find one who will charge anywhere between half a percent to two percent, which is often less expensive than credit card fees. You have to be careful to follow all of a check guaranty company’s rules, or your claim may be disallowed or only partially paid.

If a customer is paying with a check for a COD order make sure your counter people are aware of fraud attempts. We recently had a young lady come in and order fifty smoke detectors for her apartment. That should have thrown off all kinds of red flags. Common sense is one of the best ways to prevent fraud. If your counter people are more interested in collecting a paycheck than in helping keep their company safe from fraud, you should do some education … or more.

In other words, don’t be a Bonk. 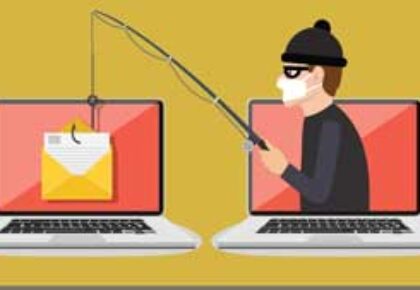 Paramont EO’s Director of Accounts Receivable, Norm Cowie (CCE), is a regular contributor to the National Association of Credit Management (NACM) organization and writes a column called “Illinois Construction Stuff and Stuff” for their periodical. As an author and active member of the group, Norm has helped formulate and re-write Illinois lien laws and networks […]

Quoted from the National Association of Credit Management News Feed on 2/11/16 “Reaction to the Illinois mechanic’s lien statute changes that enable any party with a stake in the real estate tied to a project to substitute surety bonds for mechanic’s liens continues to draw mixed reviews. Attorneys including Kori Banzanos, Esq., supported the changes, […]